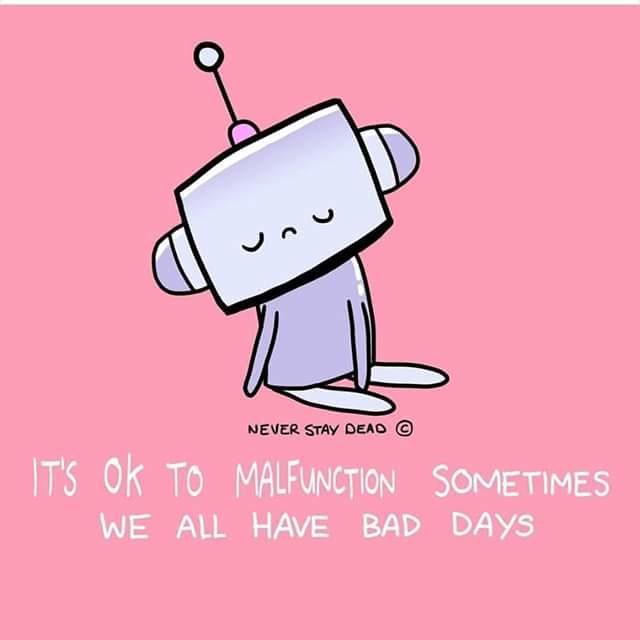 Today is Mental Health Awareness Day.  To honour this, our esteemed Prime Minister announced the creation of the position of suicide prevention minister.  So, as is par for the course when May announces something like this, it quickly emerged that the new minister had joked about throwing herself of a notorious suicide spot.

This would be a good point for me to repeat my long standing position.  If anyone reading this ever feels like getting anything off their chest, if there’s something bothering you and you feel you can’t talk to anyone else about it, leave a private note and offload to me.

I’m watching This Is Us.  It’s a bit strange because I’m watching the latest episode from the States which I, ahem, acquire and I’m also watching season 2 as it’s being broadcast over here.  The episode I’m watching now is the latter.

Not sure yet where I’m spending Christmas.  I asked my mum on Sunday if her and dad are coming down to Gateshead between Christmas and New Year and she said she doesn’t know.  Hopefully I find out Sunday.

Spoke to my best friend earlier.  Really need to meet up with her at some point.

I’m now collecting two comics.  The MST3K one and the Stranger Things one.

Things that make me smile.  This in a local newspaper: 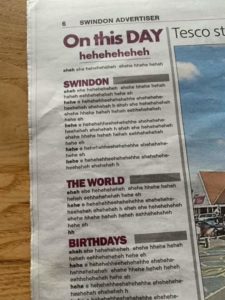 And the TV show Old Folks Home for 4 Year Olds.  I didn’t watch the first series, but seeing the kids and the pensioners interact is brilliant.  Some of the stuff the kids come out with is cute as well.  Brilliant show.

There was a show here called “Kids Say The Darndest Things” with Bill Cosby.

This is the link for the show…Is the one you are watching? Is it similar?

@jaythesmartone No, the show I’m on about is different.  It’s an experiment to see if it improves the mental and physical health of OAP’s being around children.  This series is them expanding the length of the experiment and monitoring the children to see how it affects them as well.