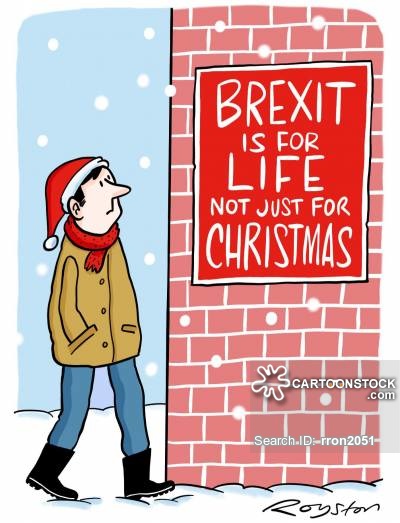 Oh, you sweet summer child.  Nothing goes simply with Brexit.

Today, the European Court of Justice ruled on a case, saying that notification of Article 50 can be revoked without the approval of the EU.  Now, this is huge.  The big argument against simply cancelling Brexit was that we could not do so without the EU agreeing and that they would not be willing to let us do so without changing the existing deal with them.

Now, all we need is a bill passing Parliament and it’s done.

So, how did Theresa May react to this?  She’s cancelled the vote in Parliament tomorrow because she can’t win.

Seriously, that’s the reason.  She’s going to lose the vote, so she’s postponing it.  Can you imagine saying “I’m not going to ass he exam tomorrow, so I’m postponing it”?

She’s now going back to the EU to try and renegotiate the deal.  This would be the same deal that was absolutely final, take it r leave it.

Those in power have managed to turn this into a lose-lose situation. If Brexit goes ahead… Brexit goes ahead (which if you ask me, is bad), but if Brexit does not go ahead then our democracy is undermined. I thought May would be out by tomorrow morning, surely she fancies a quiet Christmas, but right now I think she is just trying to preserve herself day at a time. I have heard some folks theorise that either our MP’s have something up their sleeve and that the big knobs will get ’round the table and yank the iron out of the fire. I doubt it.