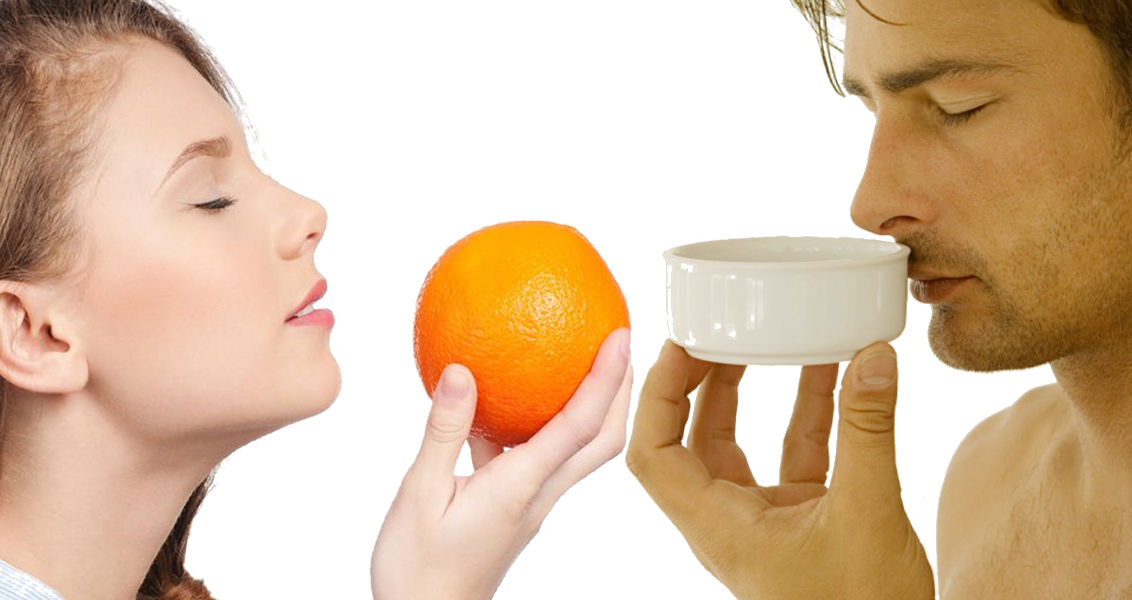 I was born with a sensory deficiency. I only have about 20% sense of smell compared to the average person. That’s right. My olfactory ability is severely impinged.

This is both bad and good. The good; I don’t know what farts smell like. The bad; I think MY farts don’t smell all that bad. Of course I intellectually understand that farts smell bad to other people, as I have been told NUMEROUS times. But you get the idea. When I drive past a dead skunk in the road and the passengers in my car are practically dyeing from the smell, I don’t see what all the fuss is about.

Probably the most negative thing about my lack of sensory perception is food. I love to cook. Because smelling what you’re cooking is a big part of knowing where you are in the cooking process, I have to compensate for that in other ways; such as food appearance and cooking times.

The other negative aspect of my nasal deficit is that it drastically affects my sense of taste. I rely heavily on food texture, since my sense of taste is muted slightly. It also means that curtain things that I like and make, others don’t care for as much. I make a killer lemon garlic butter tilapia over rice dish, by the way.

One of the biggest mistakes people who know this about me make is to assume that it’s linear. It’s not. For instance, when my wife and I were dating she assumed that if I couldn’t smell a subtle perfume, she would put more of it on thinking that it would smell normal to me. Not so. It’s like walking along a road and out of nowhere a cliff appears and you step off the road to your doom. The smell of her perfume was so overpowering to me that I begged her to wash it off or I wouldn’t be able to continue the date… She washed it off. (Side note: ALL perfume and cologne smells so bad it makes me gag.)

The moral of this story is that if I leave the room every time you walk in, you stink. 😉

That would definitely be good, and bad.  There are alot of people on a hot day I prefer not to smell.  But smells are so good.  Soap, a good cologne, and food.  There isnt anything that can be done?

My husband is the exact opposite, his sense of smell is almost superhuman. He times all cooking by smell alone, often leaving the kitchen for minutes at a time. As you can imagine, there’s also a lot of drawbacks to that level of heightened smell, too.

@vamp My mom was like that; superhuman sense of smell. She would be on the 4th floor of a 4 story build and smell someone smoking on the first floor, and tell you what brand of cigarette they’re smoking. How ironic. 😉