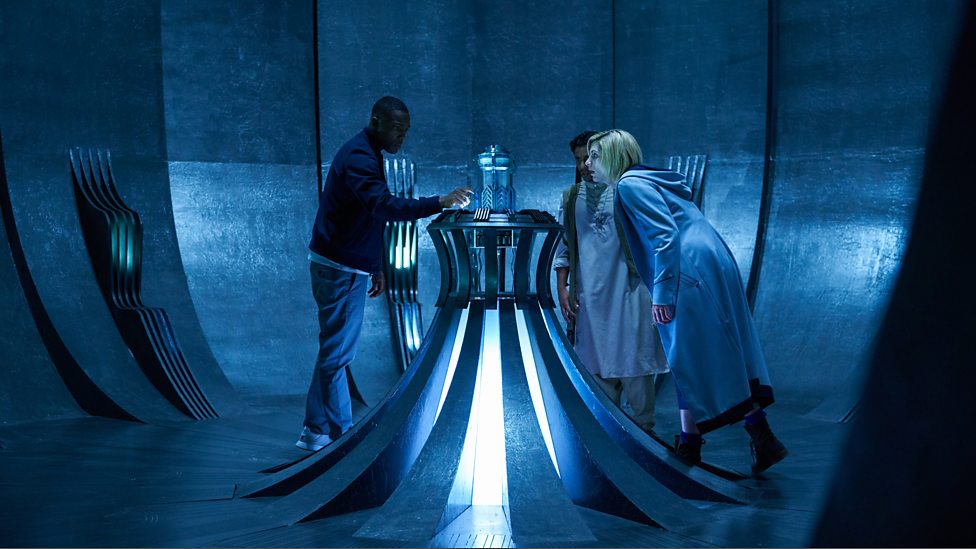 Synopsis: Yaz convinces the Doctor to take the TARDIS back to the day of the Partition of India so she can find out more about her grandmother.  This, as it turns out, may not be the best of ideas…

One of the problems of having multiple companions in the TARDIS is giving each one time to be developed.  Admittedly, both RTD (Rose and Jack, Rose and Mickey) and Moffat (Amy, Rory and River, Bill and Nardole) did this.  They way they did it was to establish one companion before introducing the others.

Chris Chibnall, however, introduced three at the same time and it’s clear he wasn’t able to work it properly.  Graham and Ryan have had plenty of development.  Yaz, however, hasn’t.  Even in Arachnids in the UK, which seems as if it was supposed to be to develop her character, she didn’t.

It’s telling that there was more development for her in the first five minutes of this episode than in the rest of the series combined.  And the writer did that while managing not to neglect Ryan and Graham.

I really enjoyed this episode.  The Thajorians being reformed assassins was a nice touch and the idea that they have rededicated their lives to witnessing the deaths of those whose death may otherwise go unnoted is sweet.  Though, it does make me wonder if they ever encountered Testimony from Twice Upon a Time.

As with Rosa, this was an episode of inaction.  The Doctor had to make sure that what is supposed to happen actually does.  I do think, so close to Rosa, this is a count against the episode.  It’s nice to see, but should be used sparingly.

Partition was messy.  Which is to be expected when you’re forcibly dividing a country.  There has been some criticism of the fact that the episode didn’t show a bigger picture of what was happening, but I thought the writer made the right choice, using what happened to one family to show what was happening as a whole.

That also set up the actual bad guy of the episode.  Not the evil looking aliens, but the radicalised brother.  The scene where Prem is murdered, set up by Mannish, was heartbreaking.

It also allowed for subtle social commentary where Mannish was radicalised by radio programming.  It was well done, unlike Trump (sorry, not Trump) in AitU.

Having the Doctor conduct the wedding ceremony worked and, yes, the speech she gave about love was a bit sappy, but the episode earned it.  Nowt wrong with a bit sappy now and then.

The scene between Graham and Yaz was sweet and it was nice to see them interact just the two of them.  I’m also growing to like Graham calling the Doctor doc as well.

The music was great and I smiled when I realised that it was the theme during the end credits.

This isn’t the best episode of the series (I still think Rosa is just an overall classic episode of the show altogether) but it’s made itself comfortable as the second best.  It’ll take something special to budge it.

Next week?  Kerblam.  Which gets points already just for the title.

Is this your most favorite tv show?

@jaythesmartone no, The Wire is my all time favourite show.  I am a huge fan of Doctor Who though

@williamthebloody cool..a lot of people here in canada really like this new one because of the female…..Did you ever try to whatch those links I sent you a while ago?