I had to think about this for a while.  I love my life as it is, and I’d be afraid that changing any one thing would have a ripple effect that I am incapable of foreseeing.

But I did think of one thing that I would go back and change if I could.  When my Papa was in his last days, I spent as much time with him as I could.  It’s some of my most treasured memories. 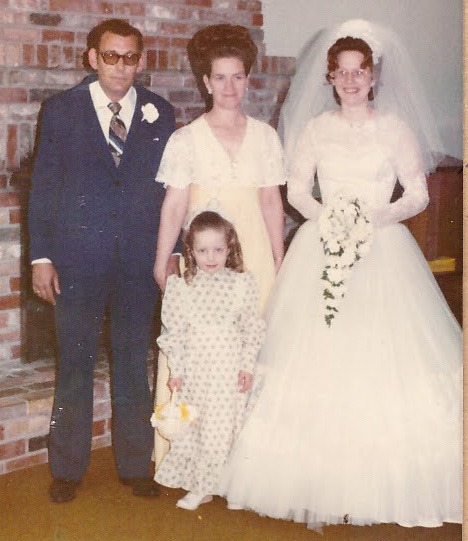 This was my uncle’s wedding.  From left to right,  Papa, Grandma (Mom’s mom), Aunt Cathy, and I’m the wee flower girl in the front.  😍

Maybe if you look at ancestry people can help you find that picture? I bet it’s somewhere in this internet age? And maybe someone in the family has it that you don’t know about or forgot they had it?

Hm yeah, my thing would be similar. There was a story my grandpa told me and no one else had heard it before. I wish I had paid closer attention or asked more questions.