Wow, what a warm welcome I received on here! It’s so nice to know that a supportive OD community still exists — I really appreciate you guys sharing your own mental health journeys with me. Someone commented that their son did very well on Wellbutrin, and apparently that was all the push I needed haha, and I started my own Wellbutrin this morning. Fingers crossed.

Yesterday after work, Finan and I made it to the East River for some outdoor mental health time. We watched the ships, shared some plain popcorn, and enjoyed the passing breeze. I had to carry Finan the whole way, because he struggles to walk more each day.
Last week Fin was diagnosed with Leggs Calve Perthes disease, which is a condition that occurs mostly in small dogs, where there is insufficient blood flow to the femur and so the bone degenerates/deforms/hurts his little bitty hip. He has surgery scheduled for June, but it is just heartbreaking watching him hop around on 3 legs. He is still such a happy little mite, which maybe is what makes it that much sadder. He’ll hop as fast as he can toward a dog he wants to play with, but by the time he gets there, the dog has walked away. My poor sweet goose.

Interesting nugget of info – the name Leggs Calve Perthes is actually attributed to Doctor Leggs and Doctor Calve – despite sounding so much like descriptors for the actual Legs and Calves! Fun history fact from your friendly neighborhood history teacher. 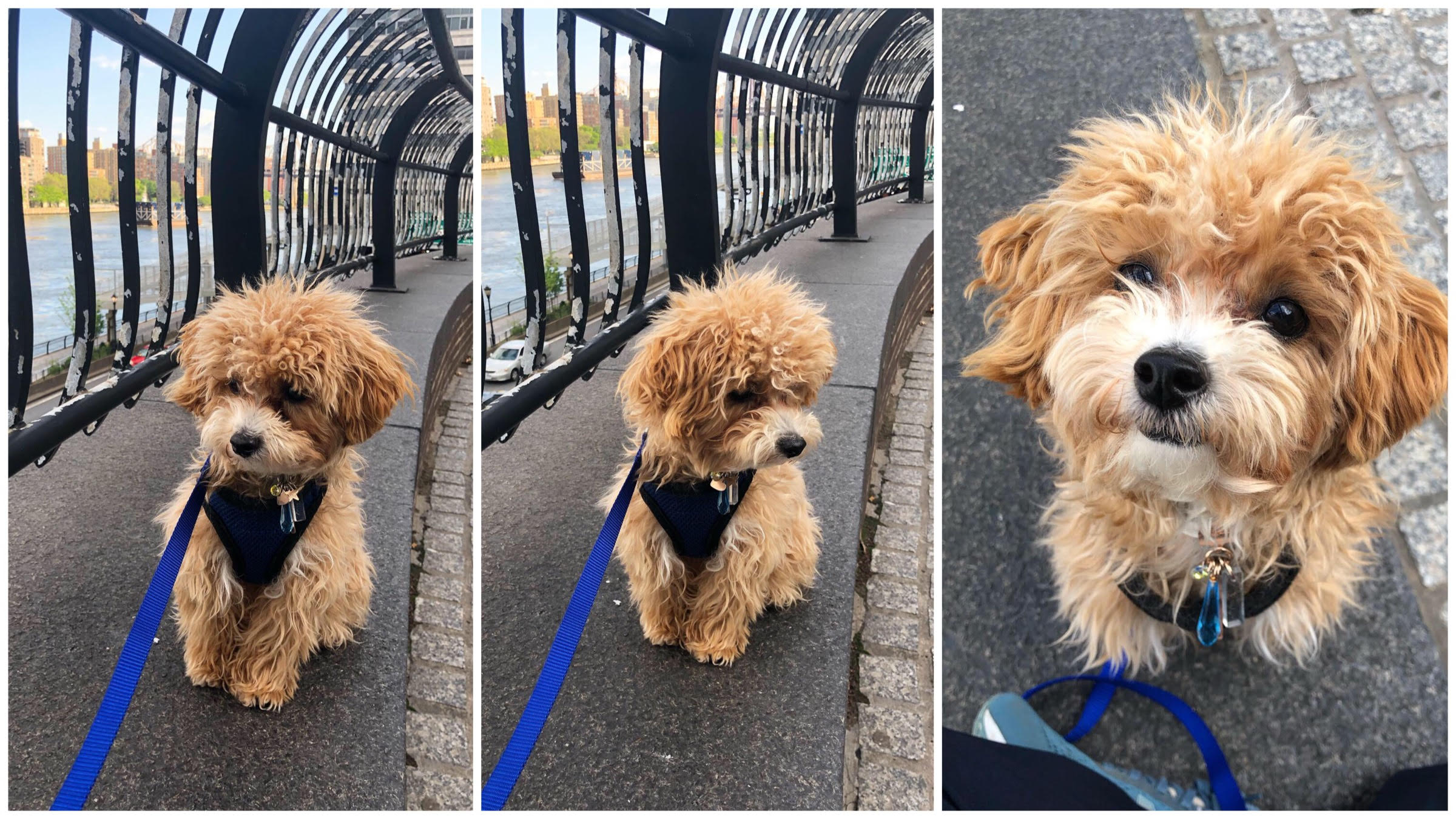 2. My MIL is a Flaming Racist.

When my mother-in-law first met me all of 7 years ago, she made no secret of how much she despised me. Her darling son had finally moved back from his job in London, but lo! He had brought with him A Very Serious Girlfriend (me) – willing to make the cross-continental move for him – and LO one and all, she was not white.

After multiple painful dinners with MIL setting the table for just 3 / pointedly ignoring me whenever I addressed her / pursing her lips and rolling her eyes whenever her son and husband engaged me – oh, not to mention a startling conversation she had with Rich in which she expressed,“I had always hoped my future grandchildren would have blond hair and blue eyes” — my usually robotic husband, to his credit, told his crazy momma to back off, and when she wouldn’t, cut his parents out completely.

About half a year into his not speaking with his parents, Father-in-Law called one day and announced that he was divorcing MIL.
With this separation, FIL was invited back into Rich’s life by Rich (who theorized that his dad loved him too much to go down with the sinking ship that was MIL).

Where was I in all this?? Extremely horrified at how extreme things had gotten, hurt that I was being denigrated for my lack of whiteness, and just unduly ashamed of my role in it all. I did not approve of the cutting out of MIL, however Rich deemed MIL’s behavior toward me inappropriate and inexcusable. It was all quite gallant yet horrific, for a non-confrontational person like myself.

Fast forward 5 years after bitter divorce proceedings, MIL now embraces me (at least on the surface) for the lovely human being that I am. I have been there for her through her emotional battles and I think she sees that I am good for Rich. I don’t know if it is genuine but I would like to think that I have won her over with kindness and consistency.

So yesterday, Father-In-Law calls Rich to say that he would like to discuss a “sensitive matter” – him and MIL are reconciling! – and he wanted to know how we felt about it. Rich, emotionally mature humanoid that he is, quickly made an excuse to hang up the phone.

I think this is great. They were together for over 40 years before the divorce, I guess they miss the companionship, it sounds like a wonderful idea and we should celebrate! It just brought back to mind the issue which has not been spoken of for years – but I don’t care!
I don’t care to be a part of anyone’s feud and I would be so happy if they decided to follow through with reconciliation.

Maybe they’ll have another wedding ceremony? Gasp. Maybe they’ll let me plan it? Any excuse to be on Pinterest, seriously.

Ohmylanta! Your pup is the cutest!

Oooof, my ex MIL was racist and used to Heil Hitler when she saw something about him on tv…she was an angry little elf….and it was so hard for me to tolerate her bc of this hatred. I just don’t understand such blind ignorance…..

Hopefully things work out, though, as you hope!

@thecriticsdarling Hahaha angry little elf makes her sound like a grumpy but adorable toddler! Yes, hateful people are hard to be around, especially if they are quite content to stay hateful!

So your dog is incredibly cute, but I am very sorry to hear about his health issues. I hope that the surgery goes well.

It sounds really complicated with your MIL. It might be naive but I usually have this hope that if people spend time around good people, who are different in whatever way, religion/race/whatever, that it will help them to change. I really hope that time around you has helped her to change, at least a little bit.

@heffay Thank you! I too hope that I have vanquished her angst with positivity. I honestly do think exposure helps, especially if people are open-hearted. We shall wear the hateful people of the world down!!!

Your puppy is really cute. I think our puppies would get along. How old is your puppy?

You have the cutest puppy ever!

Your MIL sounds like a piece of work. I’m sorry you had to deal with her!

Welbutrin FTW. I’ve been on it for years and it has made a huge difference in my life. I hope it works out for you!

Your doggo gives me life. How freakin’ adorable. 💙

Ugh, your MIL…I’m so sorry you had to deal with that. I can’t imagine how hurtful that had to be. Maybe she’s changed…at least, one can hope.