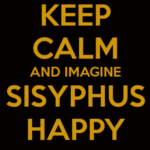 I will always love the classic rock that I grew up on:
Pink Floyd
Led Zeppelin
the Kinks
Queen
the Cars
Meatloaf
BTO
Grand Funk Railroad

but I have gone through phases where I liked country and western:
George Straight
Willy Nelson
Clint Black
Merle Haggard
Tanya Tucker

I have a great love for the classical composers:
Mozart
Wagner
Tchaikovski
Beethoven

But I also love the new bands: (well, they were new when I wrote this)
Hinder
Puddle of Mudd
Three Days Grace
AFI

But drums are my favorite

I like alternative, punk, grunge, and pop. I like Green Day, Allanis Morrisette, Bush, Avril Lavigne, Live, Candlebox, and Wheezer.

The only real requirement is that I like it; I never want to close my ears to music just because it is different.

How fortunate for us that we thirst for glorious souls and not faultless ones, lest we be exceedingly parched. M.M. Bujold
My religion is simple. My religion is kindness. H.H. Dalai Lama
Speak your mind even if your voice shakes. Maggie Kuhn
Philosophy is a battle against the bewitchment of our intelligence by means of language. Wittgenstein

I am a retired artilleryman (what? you'll have to speak up) who then went to college to get a BS in Computer Science, and a minor in philosophy. I started to go for a masters in cybersecurity, but I got bored.

People are too dumb to teach, mostly, and I got tired of trying to get my company to take security serious. But it made it less surprising when I saw people not taking the pandemic seriously. People lack empathy and until they catch fire, they will ignore the location of the fire extinguishers.
I quit my job and rescued a bunch of dogs and cats. Now I live frugally but with great fulfillment.
I don't like violence, but I am not a pacifist.
I don't like large groups of people, but I love mankind.
I am straight, but not narrow.

I had shunned most adrenaline for quite some time, having been rick-rolled by Life often enough to figure the other me's were getting tired of dying off because of our negligence.  I found serenity in the peace of simplicity, and having a life purchased without the use of fucks given, I had a lot...
Continue Reading...